Ms. Cagle is a founding team member and Partner at Promise54. She has spent her career doing talent and culture work, focused on supporting education organizations, charter schools, and districts to foster cultures in which everyone thrives.  Before helping found Promise54, Ms. Cagle worked as an Associate Partner on the Talent Advising Team at Bellwether Education Partners. From 2007-2015, she worked on Teach For America’s national recruitment team in a variety of roles, leading the organization’s teacher recruitment in the South along with several national strategic initiatives. Earlier in her career, Ms. Cagle worked as a middle school teacher in rural North Carolina. She holds a bachelor’s degree in American Studies from Yale University and lives in midtown Atlanta with her husband and two sons.

Ms. Cash is the Land Acquisition Manager at Georgia Power Company. Immediately prior to her current role, she served as the Assistant Corporate Secretary at Southern Company. She also practiced law for more than a decade at Arnall Golden Gregory LLP and in Georgia Power’s legal department. Ms. Cash is a former board member of the Tupac Amaru Shakur Foundation and the Development Authority of Fulton County. She received her bachelor’s degree from Duke University and her J.D. from the University of Virginia School of Law. She lives in Southwest Atlanta with her husband and their four children, all of whom are Kindezi geniuses.

Ms. Barksdale is the Chief Operating Officer at Promise54. She has over a decade of experience in education and non-profit management, including leading Teach for America’s national strategy team and managing the organization’s growth strategy and development efforts. Ms. Barksdale also has experience leading and advising on talent management efforts in schools and school districts. She previously worked in Morgan Stanley’s Public Finance Investment Banking group based out of New York and received her undergraduate degree from Duke University. Ms. Barksdale is a proud resident of Southwest Atlanta.

Mr. Pierson is a Vice President at Goldman Sachs & Co, where he manages the assets of foundations, endowments and families across the Southeast. He previously served as executive director for Teach for America – Northern California. He began his career as a Teach for America corps member, teaching sixth grade. Mr. Pierson is currently a board member at Teach for America – Atlanta and redefinED atlanta as well as board chair of New Schools for New Orleans. He served on Gov. Nathan Deal’s Education Reform Commission in Georgia. Mr. Pierson holds a bachelor’s degree and an MBA from Harvard University.

Mr. Austin began his career in Audit at Deloitte & Touche, but has since spent more than twenty years in various roles for Coca-Cola. He now serves as the Director of Convenience Retail Strategy & Commercialization to develop and communicate the commercial strategy for the Convenience Retail channel to be executed by Coca-Cola’s salesforce with customers. Mr. Austin received his undergraduate degree from Rhodes College in Accounting and Finance.

Ms. Cobb Sanders is a proud graduate of Florida A&M University who started her career in Metro Atlanta teaching middle grades Science and Reading. In 2005, she joined Teach For America’s full-time team as a Manager of Institute Support for the charter Atlanta summer institute and has served in a variety of regional and national roles ever since. In October of 2016, she became Senior Vice President of the national Teacher Leadership Development team. Ms. Cobb Sanders is originally from Dallas, Texas and currently resides in Atlanta, Georgia with her husband Brannan and their three young children.

Ms. Copeland is a graduate of Morris Brown College and has almost twenty years of experience in Human Resources departments ranging from the City of Atlanta to Coca-Cola. She is now a Senior Human Resources Business Partner for Deluxe. Ms. Copeland also has an extensive record of service to local nonprofits, most notably serving as a board member for The Study Hall. Her sons are both enrolled at Kindezi O4W.

Mr. Nelson currently serves as a Financial Services Manager at The Coca-Cola Company, with forecasting and budget management responsibilities for Coke’s business with CVS Health. Mr. Nelson has been with The Coca-Cola Company since 2011, first joining the company’s audit department. Prior to joining Coke, Mr. Nelson spent three years at Ernst & Young in the Atlanta office, working in the audit practice from 2008 – 2011. Mr. Nelson received his bachelor’s degree from Morehouse College, with a degree in business administration, concentrating in accounting. He also received a Masters in Accounting from Wake Forest University.

Mr. Redman currently serves at the Senior Director of Strategy at BrightHouse, a creative consulting group. He was formerly the Chief Operating Officer at OneGoal, which is a growing organization focused on making college graduation possible for all students in our nation. From 2009-14, Mr. Redman served as Vice President of Strategy and External Affairs at Teach For America in Chicago. He worked for Deloitte Consulting from 2005-2009 in the Washington and London offices, focusing on business strategy and performance management. Mr. Redman graduated as an honors scholar from Auburn University with a BS in business, and holds masters degrees from the University of Texas and the University of Cambridge. He lives in Decatur with his wife and three daughters.

Mr. Schaudies is a Managing Director at TI Partners.  He has worked to found several financial institutions, from advisory to ownership, and has remained active in public service throughout his career. He has served in both full- and part-time pro-bono roles at Sesame Workshop, September 11th Victim Compensation Fund, and in DeKalb County Government.  Mr. Schaudies received a bachelor of science and a law degree from University of Georgia and New York University, respectively.

Ms. Westmoreland is winding down a 33 year career in residential real estate sales. She has also taught private piano and guitar lessons for over three decades. Prior to her career in real estate, Ms. Westmoreland worked as a Music Therapist at Charter Peachford Hospital from 1978-1987. She earned her bachelor’s degree in piano performance and music education from Trinity University and her master’s degree in music education and music therapy from the University of Georgia. Having served on several Atlanta area music and education boards, she is also currently serving on the Board of the Georgian Chamber Players. She and her husband Mel have resided in the same house in Morningside for 35 years.

All Board meetings are open to the public.

Time is set aside at each regularly scheduled meeting to provide stakeholders the opportunity to address the Board. The public comment period is designed to gain input from the public and not for immediate responses by the Board to the public comments presented.

Individuals who wish to address the governing board at a Board meeting will be required to sign up in advance of the meeting by emailing the Executive Director (kgunn@kindezi.org) and the Board Chair (boardchair@kindezi.org) at least 24 hours in advance.

Board meeting agendas, minutes, budget, charter, and other important Board documents are kept in public Dropbox folders. You do not need a Dropbox account to view the folders or contents — simply press the “X” when it prompts you to login with an account. 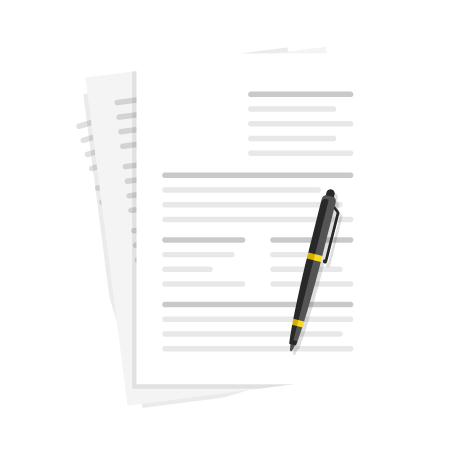